When was the last time you walked into a car dealership only to be haggled by a pushy salesman and tons of paperwork? Or called a customer support number only to be put on hold, transferred, and finally greeted with a scripted response?

Interested in finding out how the alpha organizations are doing it? Today, we will explore how companies like Apple, Tesla and Disney are going out of their way to deliver heightened customer experiences, and thereby foster loyalty and delight. 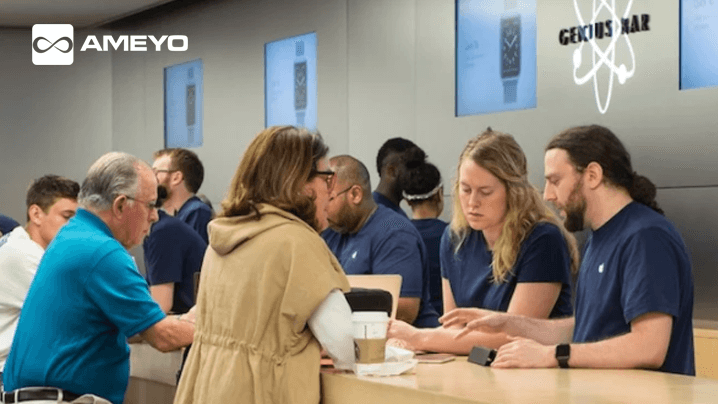 Steve Jobs’s last words, “Oh wow, oh wow, oh wow”, were probably meant for Apple’s grand success ever since its humble beginnings in 1976.  The most valuable brand in the word with a market capitalization of $710 billion, Apple needs no introduction. The company’s range of computers, mobiles, wearables, and internet devices are a massive hit with consumers worldwide. In fact, the company is so valuable, that if you had bought Apple’s shares right when they had their IPO and held onto them till today, you would have an ROI of 31,590.90%!

Over the years, Apple’s approach to building devices that people love has gained a cult following among consumers. The company really takes the voice of the customer into consideration while designing products and services, and madly focuses on miniscule details. Every detail of the customer journey is thoroughly studied and analyzed to provide the best possible customer experience, from feasibility to packaging.

For example, when coming up with a design for the first iMac, designers included a carrying handle as well – not to allow users to carry it, but to allow them to better connect with the device. Because, according to them, if a user feels it’s okay to carry – then it must be okay to use as well. Their minimalistic design and marketing philosophy is a shining example of how a company can connect with their customers on a deeper level, essentially marketing their product without really marketing it.

Customer Service is also a big deal at Apple. So much so, they have a secret handbook for their customer support professionals, called the Genius Training Student Workbook. Those who’ve gone through the manual would notice the repetitive use of the word empathy – more specifically, the 3 F’s of empathy – Feel, Felt, Found. Moreover, whenever a customer has to go visit an Apple Store to get a repair done, they get an appointment to ensure complete satisfaction by an Apple Genius. Essentially, they focus on building customer relationships and making their lives better. Even Steve Jobs answered customer queries from his email, and there are many stories around the internet about exemplary customer experiences with the former CEO.

Contrary to popular belief, Steve Jobs was a big believer in customer experience – and there’s a popular story that goes around in Apple: The Mac team was tasked with coming up with a dvd burning software for Apple’s range of high-end macs. On the day of the meeting, as expected, the team came in with bundles of paperwork – such as prototypes, design ideas, and documents outlining how the final program would look like.

But when Steve Jobs entered, instead of going through the team’s research, he took a marker, drew a rectangle, and told them he wanted the users to drag something onto the window, following which a ‘burn’ button would appear – “That’s it, that’s what we’re going to make,” he stated, leaving everyone in shock. 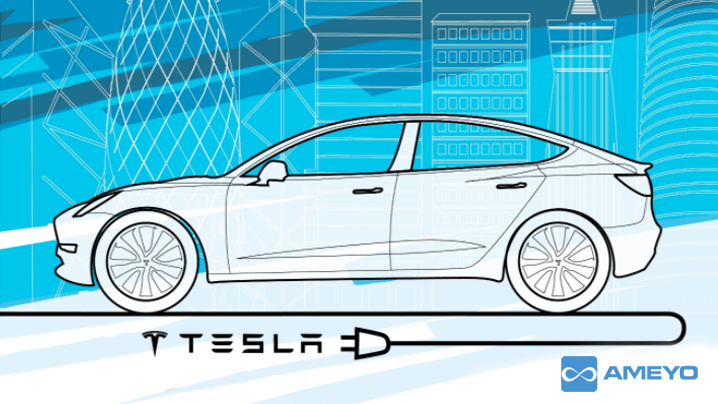 Probably the most famous engineer & inventor of all time – Nikola Tesla, never could have imagined his name to be synonymous with the most emerging car manufacturer of the modern era when he died alone & poor in his New York hotel. Most people have heard about the mystery surrounding Nikola Tesla, either in textbooks or pop culture. Hollywood depicted him an unsung hero, with movies like The Prestige showing him as a man far ahead of his time, possibly inventing futuristic technologies we still can’t fathom.

Although Nikola Tesla went quite unnoticed for the better part of his life, Tesla CEO Elon Musk has experienced no problems making an impact in the automotive industry. Based in Palo Alto, California, Tesla manufactures and designs electric vehicles and powertrain components, becoming the first automaker to offer highway-compatible cars to the general consumer. The company has also recently started focusing on electric charging and charging stations, in a bid to pave way for mass adoption of sustainable energy.

Apart from making futuristic self-driving cars with surreal design and features, Tesla intensely focuses on reinventing the car buying experience to make customers come back for more. From the very start of the customer journey, the company provides an Omnichannel digital experience with the brand at the center.

Tesla showrooms feature coffee bars, internet stations with WiFi access, free international calls, and an open service bay technicians can be seen working on Tesla cars. If you’re working at a Tesla showroom, you aren’t a mere Salesman – but a Customer Experience Specialist. Essentially, once you become a part of Tesla’s customer journey, the company goes to extreme lengths to ensure a complete customer-centric car buying experience. With Tesla, car buying has become as simple as placing an order on Amazon.

Apart from customer experience, the company’s proactive online customer support is quite commendable. Quite frankly, social media is a big part of customer service at Tesla. The company is a really good example of Twitter and Facebook being used for digital customer service, and strives to provide a swift response. Not to mention, Elon Musk is a bigtime Twitter user, and is often seen on the microblogging platform to connect with his audience and offer insights. Apart from this, their blog is used as a customer service tool for important announcements and updates.

A successful company considers a complaint as feedback, and Tesla is one of the best examples of high value customer service and prompt feedback-to-action implementation. Just recently – a Twitter user complained that drivers left their cars parked in front of charging stations even after they were fully charged – resulting in a queue of waiting Teslas lined up to charge. Elon Musk agreed it was ‘becoming an issue’, and only six days later, the company introduced a ‘fleet-wide idle fee’ for better supercharger availability. What we can learn from this? Prompt feedback consideration, response and implementation goes a long way in ensuring customer loyalty. “I don’t want you guys sitting behind desks. I want you out in the park, watching what people are doing and finding out how you can make the place more enjoyable for them.”

Although Walt Disney would frequently measure distance in terms of how long it took him to eat a hotdog, his genius was unlike any contemporary of his time. People thought he was crazy when he revealed his plans to release Snow White as a feature film back in his early days. Regardless, no set of animated characters are more popular than those created by Disney, such as Donald Duck, Mickey Mouse, and Goofy.

Worth approximately $150 billion, The Walt Disney Company is a multimedia and entertainment giant with assets in the film, television, and theme park industry. The company’s board of directors includes popular Silicon Valley veterans, such as Jack Dorsey or Twitter and Sheryl Sandberg of Facebook. It goes without saying, a major part of Disney’s mission is to provide magical experiences for its customers, and even has a development and training business focused solely on secrets of customer experience, called Disney Institute.

There are many ways Disney goes out of its way to immerse people in its culture. And, if you’ve ever visited Disneyland anywhere in the world, you’ll know what we are talking about. Despite thousands of visitors, the place remains spotlessly clean and organized throughout the day. Disney employees are taught to be assertively friendly, and if a visitor looks confused, a Disney employee will proactively approach the confused guest to offer assistance. Also, photos of guests are taken during rides and offered as an upsell, with support executives waiting to answer questions about it.

Free Ebook: Communicate with your customers by using Whatsapp as a channel

In essence, Disney leaves no stone unturned when it comes to creating a WOW customer experience through process improvement and implementation, resulting in a 70% return rate of first-time customers. In fact, Walt Disney himself was hugely obsessed with process optimization and customer engagement, and often visited his theme parks disguised as a common man to experience the thrilling rides for himself. On occasions he didn’t like what he’d experienced, you could be sure some drastic changes were to follow.