“The Great War is here.”

Somewhere in the cold and darkness of night in a land just north of ‘The Wall’, mythical White Walkers roam free among the living. Elsewhere, a massive shadow of a fire-breathing dragon is cast across the beautiful fields of Meereen as it majestically flies overhead. But nothing can match the anticipation of the Great War for the Iron Throne, set to decide the fate of Westeros once and for all. Still don’t catch our drift? We’re talking about Game of Thrones, HBO’s epic fantasy drama series based on George R.R. Martin’s best-selling novels.

Game of Thrones depicts a world full of complicated storylines, sudden murders, mystical creatures, and engaging characters plotting to control the Iron Throne. Season 7 is all set to premier on July 16, 2017, and HBO has already offered a sneak peek via a newly-released teaser trailer. If you’re fond of Valyrian steel and can’t get enough of Drogon saving Daenerys from the Sons of the Harpy – you definitely know what we’re talking about!
The trailer surely got us excited, and left an everlasting impression on our minds as we started our day. We entered office, half expecting ravens delivering memos and house sigils stuck to everyone’s desk. [Update: Game of Thrones Season 7 is officially out. If you haven’t watched it, go watch it now! No season 7 spoilers ahead]

So, we wondered – what could we possibly learn from the show? Apart from the amazingly-depicted swordfights and profound wisdom in the character dialogues, free folk like us could learn quite a lot about customer service from the fantasy TV series. Here’s our take:

Know Thy Customer for Success: Warg into your Customer “When you know what a man wants, you know who he is and how to move him.” – Petyr Baelish

In the Game of Thrones universe, a warg is a person who can enter into the minds of humans and animals, and perceive & control their actions. Bran Stark, the second eldest son of the Stark Family, is probably the most famous warg in the entire series, and uses his abilities to have vivid visions of the past, present, and future in his dreams as well.

Like wargs, it is important to get into the minds of your customers and find out their needs. By finding out exactly what a customer expects from a business, companies can improve customer service by gaining valuable insight into what drives them and, in turn, make more informed business decisions.

A great example of this is Daenerys Targaryen, the beloved Mother of Dragons. Being the only daughter of the ‘Mad King’, she is driven by strong sense of purpose – and relentlessly pursues her goals throughout the series alongside her advisers and dragons. After being forcibly sold & married off to Khal Drogo to fuel her brother’s desire for power and soon losing him to wound infection, Khaleesi soon acquires the Unsullied army and emerges as one of the strongest contenders for the Iron Throne in the later seasons.
Besides showing off her dragons and setting herself on fire multiple times throughout the series, Daenerys cares a great deal about her people as well, and fights for their welfare. She truly understands the power that lies in the voice of the customer, and listens actively to her people, and competitors as well. She knows she isn’t the smartest, and has advisers to make the right decisions. She also makes it a point to learn the native language of every city she conquers in order to better connect with the local people. 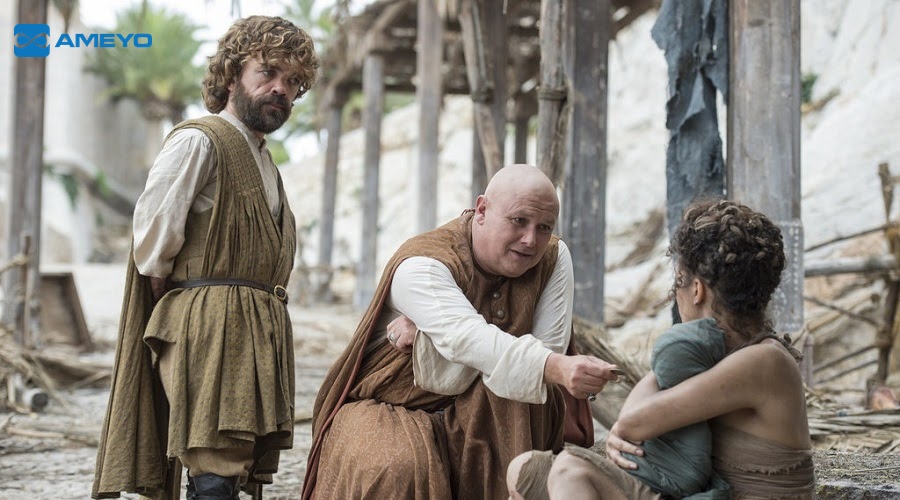 Information is Power – and if there’s one person who knows pretty much everything that goes on in a city, it’s Lord Varys. Although he’s a eunuch, Lord Varys relies on stealth and deception to survive in the kingdom. He has a network of spies all around the Seven Kingdoms, and calls them his ‘little birds’. What many don’t know, is that the children who become little birds often have their tongues cut out to prevent any additional sharing of secrets.

Similarly, in business, with great information comes great power – but only to those who manage to use it effectively. One of the biggest challenges faced by modern businesses is the ability to turn big data into actionable data, leaving them with ‘dark data’ – operational data that is not being used. Any company can collect data on a 24×7 basis, but acting upon it to maximize business impact is what determines the company’s profitability in the future.
Artificial Intelligence is helping companies process huge amounts of historical data to highlight patterns and deliver actionable results. One example is how chatbots assist customers with first level queries, such as FAQs. From speech recognition to predictive intelligence, AI helps streamline processes and results in enhanced user experience. Many predict artificial intelligence to be the decisive factor in determining the future of customer experience.

To say the least, AI has been used to analyze pretty much everything. In fact, AI is also being used to predict the fate of popular characters and which character is most likely to die next. If there’s one thing Game of Thrones fans have learned – it’s to not get too attached to any character! 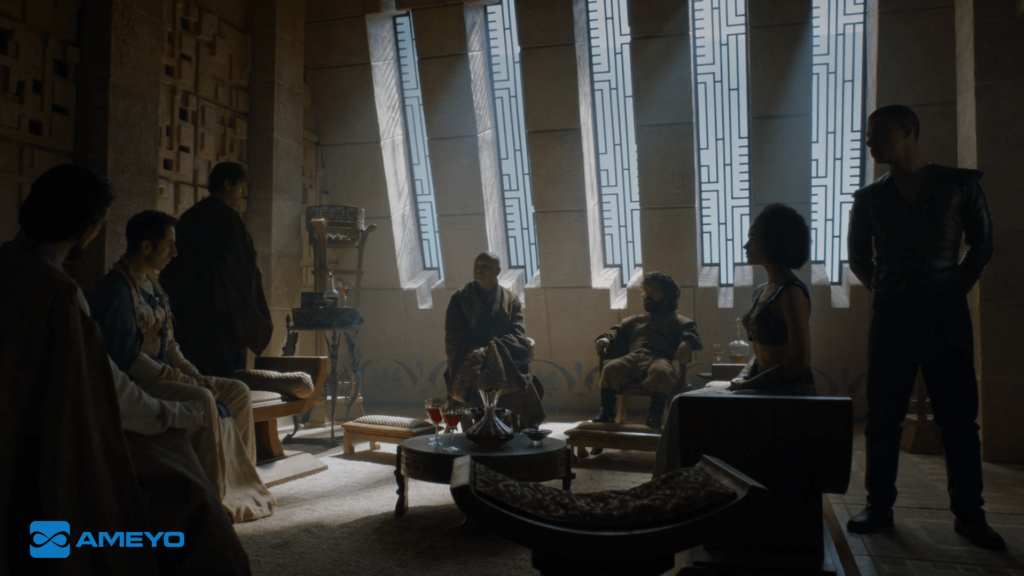 “Money buys a man’s silence for a some time. A bolt in the heart buys it forever.” – Petyr Baelish

Whether it’s the lavish gardens of Qarth or the towering pyramids of Meereen, guests in the show are always treated with an exceptional level of experience. Tyrion is a great example of this, his approach often involving expensive gifts and beautiful women. Not surprisingly, he’s a natural when it comes to using the power of customer experience optimization to foster customer loyalty in the long run.

In one such scene, as part of a diplomatic negotiation to save Meereen from slavery, Tyrion offers beautiful women to the Slave Masters of Yunkai after presenting his proposal to them. No doubt the slave masters would have definitely considered the proposition with an open heart!
Customer service and experience are as important to business as wine is to Tyrion Lannister, and results in higher customer retention and engagement while reducing costs. Apart from the immense cost-savings and increased operational excellence, it offers a next-generation customer experience ensuring high customer loyalty. 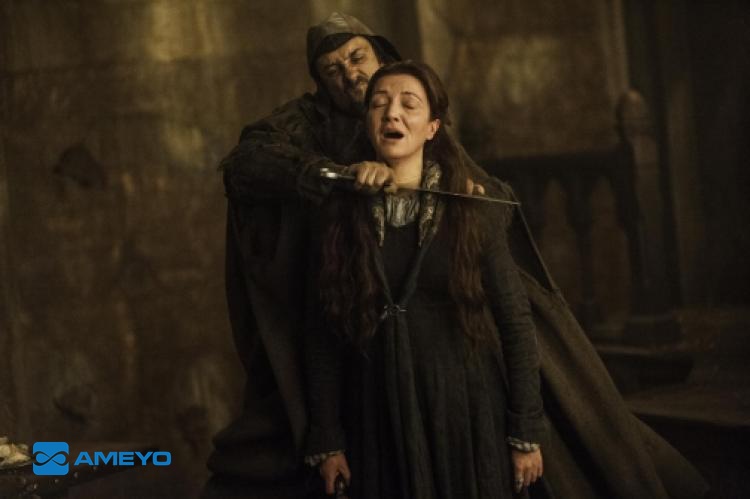 “What we don’t know is usually what gets us killed.” – Petyr Baelish

There’s one thing that the King in the North should not have done – is agreeing to marry one of Walder Frey’s daughters – particularly because it ended up with most members of House Stark being brutally murdered at the ‘Red Wedding’. A number of factors conspired against them, such as Robb Stark marrying Talisa Maegyr despite giving a vow to Walder Frey, and sending out Theon Greyjoy, among others.

In order to succeed, a business must strive to deliver on its promises. This garners trust, and ensures that the customer remains loyal in the time to come. If not in a position to do so, a business should consider making significant changes to fundamental core processes to avoid the risk of losing potential customers to their competition.

Apart from this, to improve customer experience and avoid mistakes, it is important to study what your competition is doing to gain an edge in the market. Doing so results in creative ideas for business improvement, and helps keep the product up-to-date through continuous monitoring and implementation. What we can learn from this – never underestimate your competition, and keep improving and reinventing.

Brand Image on Wildfire: Building a Positive Reputation that Lasts 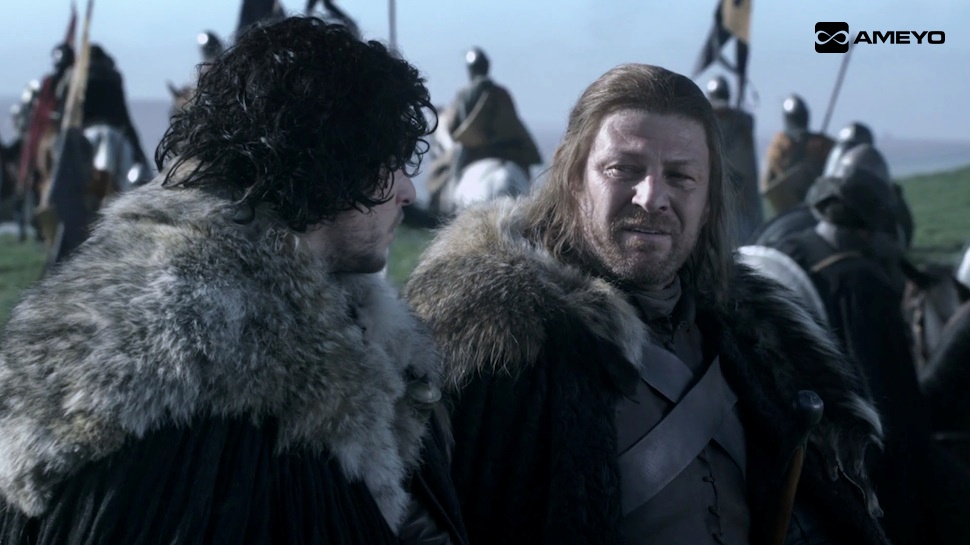 “Never forget what you are, for surely the world will not. Make it your strength. Then it can never be your weakness. Armour yourself in it, and it will never be used to hurt you.” – Tyrion Lannister

Although he’s a bit spoiled and mocked for being a dwarf, Tyrion Lannister is one of the most shrewd characters in the show – believing in the diplomatic approach to solving problems. Being disliked by pretty much everyone in the kingdom, Tyrion is accused of poisoning King Joffrey Baratheon, and soon ends up killing his Father (Tywin Lannister) and fleeing the kingdom. If Tyrion had maintained a positive image, he probably would not have gone on trial for the murder of King Joffrey.
In order to survive and adapt in the modern age, it is vital to maintain a positive brand image and build trust with customers. Having a quality product isn’t enough – it is also important to exceed expectations on quality and go the extra mile for your customers to give back to the community. Apart from building trust, a positive brand image helps maintain credibility in times of crisis.

Another great example of someone who knows everything about brand image – it’s Cersei Lannister, widow of King Robert Baratheon and Queen of the Seven Kingdoms. She is left permanently damaged after being accused of adultery and humiliated in front of the whole city by the Sparrows. The incident completely changes her approach to gaining power, and she is left feeling hatred and revenge, and then some. She even mentions the importance of goodwill to her son Joffrey at one point in the show, “The occasional kindness will spare you all sorts of trouble down the road.”

Valar Engagements: All Companies Must Engage 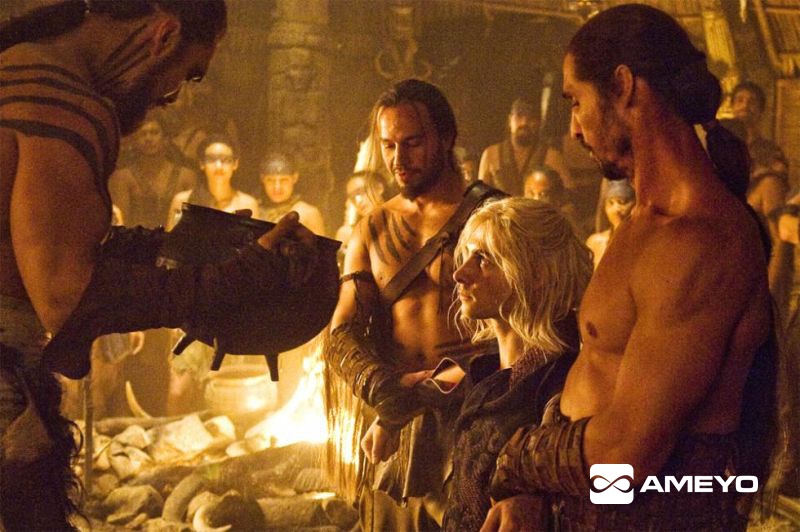 If you think you learned something about customer service and engagement from the Game of Thrones, or just want to debate about the science of how Khal Drogo could possibly have that melted the pot of gold so quickly, we’re always up for it.